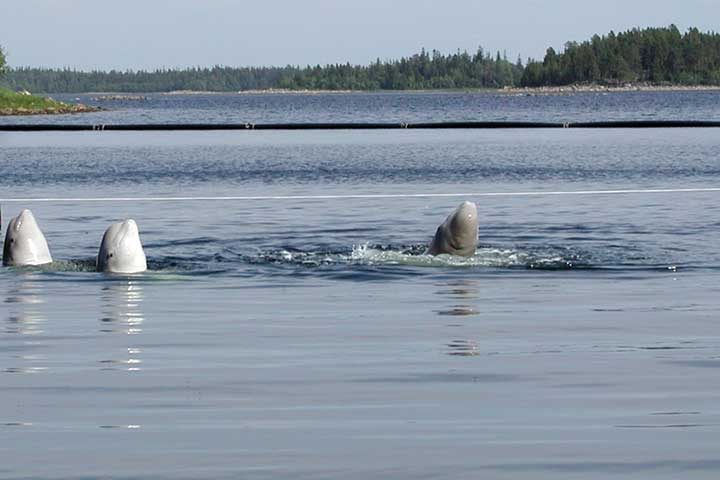 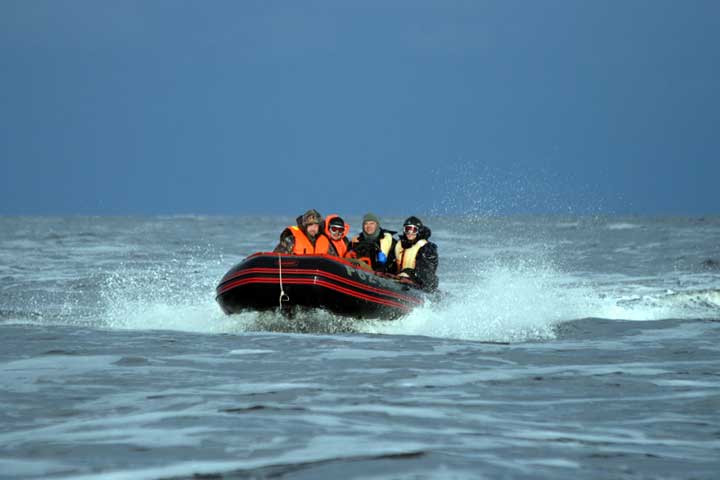 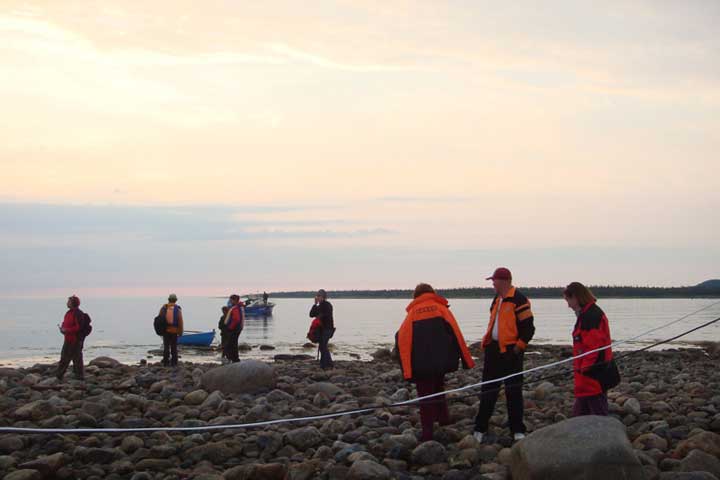 Beluga watching on Solovetsky Islands meet Beluga white whales on Beluga Cape a boating and hiking excursion in one! 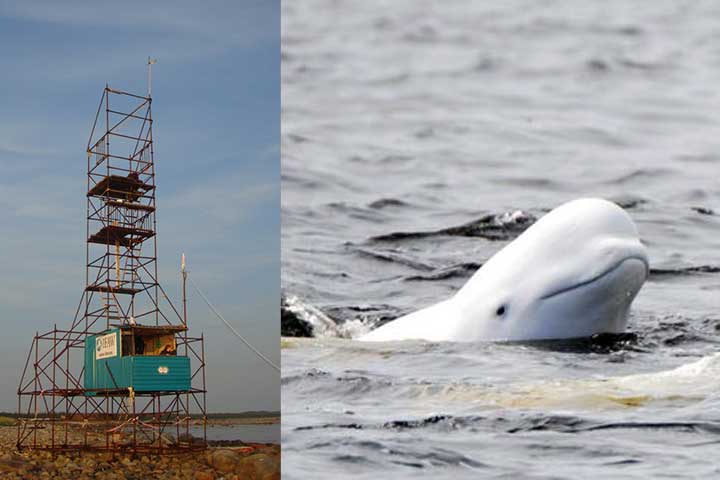 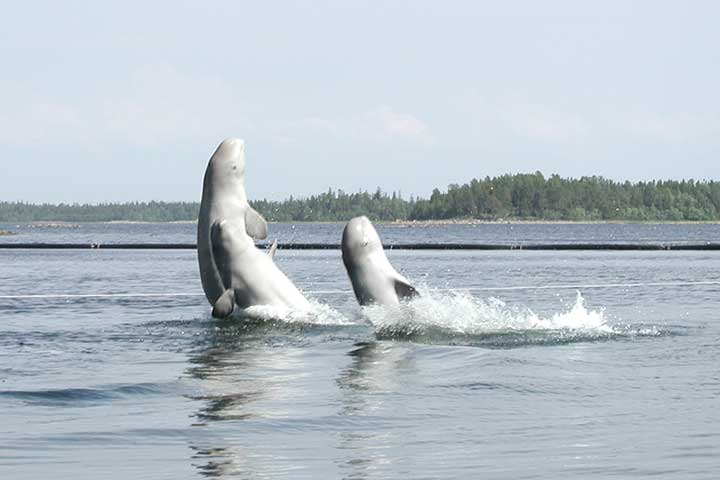 Beluga watching on Solovetsky Islands for everybodys happiness! Looking forward to meet you! Contact us for more information

There are places on our planet which we just must see. One of them is Beluga Cape, the western tip of the “Bolshoi Solovetsky Island”. That is the place where the mysterious inhabitants of the northern seas - the Belugas (white whales) has come for thousands of years and give birth to their children. Beluga Cape is the only point in the world where you can watch beluga whales from the shore. Twice a day, during low-tide, white whales swim near the Beluga Cape bewitching observers graceful movements and unusual "singing". This unique natural phenomenon can be observed in a very short period - only from mid-June to mid-August, and only in the absence of rough sea.

The boat excursion 'Beluga Cape of Solovetsky Archipelago' is carried out by a high-speed seaworthy inflatable boat (type "Corsair Admiral") - the only boat on Solovki, which can approach to the Beluga Cape.